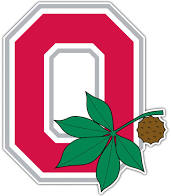 Don is survived by his son Donnie (Libby) Holtmann and grandsons Jacob and Max of Plano, Texas; daughter Wendy (Jeffrey) Price and granddaughter Morgan of Palm Coast Florida and grandson Cameron of Cincinnati.  A beloved brother, he will be deeply missed by his sister, Joan Ruth Seaton of Fairborn, Ohio and his brother Christopher Budroe (Rosalind) Holtmann of Edgewood, Kentucky.

A resident of Deerfield Beach for 32 years, Don never met a stranger. The running joke was that he would bet that whenever and wherever he traveled, he would run into someone he knew—and he always won that bet.  Don earned a reputation for putting others ahead of himself, trying to help everyone he met, and making others feel special. He was always available to listen and try to fix a problem or offer a word of advice.  He especially loved children and connected with them easily, making them laugh and telling them stories.  More than an avid sports fanatic, Don was known in the neighborhood as “Coach Don.” He coached both of his children and neighborhood youngsters on teams for soccer and little league baseball. He also coached high school football at Patterson High in Dayton.

A devoted Ohio State Football Fan @ “THE” Ohio State University, Don would break down their game film and chart the team’s games from his home in Florida. He would also break down incoming high school recruiting classes, and he kept journals about players’ progress.

Don’s family is truly grateful for all condolences and love expressed on his passing. The family also offers a special loving thank you to Taylor Farnham and Rev. Renwick “J” Bell, as well as the entire Vitas Hospice care team at Broward Health North.

For you Dad…”Go Buckeyes!” We love you, Donnie and Wendy