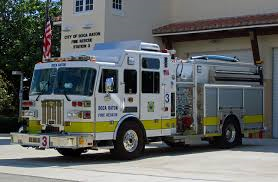 Michael Eugene Francis, 51, passed away on December 31st, 2019 in Miami, Florida due to complications caused by his 10-month battle with leukemia.

Michael was born in Fort Lauderdale, Florida on March 10th, 1968 and lived most of his young life in Miramar. Michael was very proud to be considered “a Florida native”. He was adopted by Glenn and Dorris Francis, also Florida natives, as an infant. Michael was married in September of 1988 to Michelle Francis in Miami Lakes and they began their 31-year journey together.

In 1997, Michael joined the Boca Raton Fire Department as a firefighter/paramedic and eventually worked his way up to become a Captain. Michael was also a founding member of the Boca Raton Fire Benevolent Association. He was very proud to be serving his community and promoting public safety along side his brothers and sisters of the department.

While Michael loved being a firefighter, he often claimed that his favorite job in life was being a father. He gained this position in May of 1994 when his first daughter, Marena was born. Later he became a father of two in 1999 with Marissa joining his family. He was extremely proud to continue a line and full family of Florida natives.

He is survived by his wife, Michelle, and his children, Marissa, and Marena along with her husband, Andrew Dziminowicz, and their dog, Mako.

Michael’s funeral service will be held at Lynn University Theatre on Thursday, January 9th, 2020, at 10am in Boca Raton followed by a reception at The Addison.

In lieu of flowers the family requests expression of sympathy be made to the Leukemia and Lymphoma Society, www.donate.lls.org

To send flowers to the family or plant a tree in memory of Michael Eugene Francis, please visit our floral store.